We’ve got some good tips to share which we gathered from the website of Harvard publications. It was a good read and had some information which can help people suffering from gas issues. Sharing it here as it was posted on the portal.
Source: Harvard Health Publication
The author mentions 12 tips for reducing gas.
Begin reading here!

“Chaucer, Mel Brooks (of course!), even Ingmar Bergman (in the opening scene of Fanny and Alexander) have all used flatulence to get some laughs. But in excess, which often involves a painful bloated feeling, Flatulence isn’t much fun for the person having it — or those nearby.
In 2007, the American College of Gastroenterology put out a helpful list of 10 tips for dealing with intestinal gas. We did some of our own research, made some additions, and ended up with an even dozen.

Most adults release intestinal gas 10 to 20 times a day. Some of the most healthful foods — beans, broccoli, some whole grains — tend to cause gas. A little bit of extra flatulence could be an indication that you’re eating the way you should!

2. Slow down, you’re eating too fast, you’ve got to make the mealtime last.

Whenever you eat or drink something, a little bit of air goes down with it. Some of that air beats a hasty retreat in the form of a burp, but some may also get into the stomach and eventually make its way through the entire digestive tract. Much of the advice about reducing flatulence aims to reduce the amount of this incidental air intake: Eat and drink slowly and chew food thoroughly.

Air also gets into the gut if it’s incorporated into food and drinks. Beer, soda, and other carbonated beverages are prime culprits. The gastroenterologists’ tips also warn about air-filled milk shakes, sponge cake, and souffle.

4. Smoking: What doesn’t it cause!

Apparently some air gets swallowed when people smoke. Anti smoking campaigns have tried to scare people with dire warnings about heart and lung disease. Maybe flatulence should be added to the list of consequences. 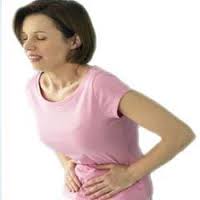 Flatus contains a mixture of gases, but the bad smell comes from the ones that contain sulfur, chiefly hydrogen sulfide and methyl mercaptan. Putting less sulfur into your system can reduce the amount that comes out. Foods with notable sulfur content include eggs, meat, and cauliflower.

6. Beans and some vegetables can be trouble…

There’s a trio of larger sugars — raffinose, stachyose, and verbascose — that manage to arrive in our colons relatively unscathed because we lack the enzymes to digest them. The reprieve doesn’t last long, though. Bacterial residents of the colon feed on these sugars, producing gas as a by-product. Beans, lentils, other legumes, and some vegetables cause flatulence because they contain these sugars. Beans won’t produce as much gas if you boil them briefly, let them sit for an hour in the water, and then cook them again in a fresh pot of water. Just cooking them longer may also do the trick.

Beano is the brand name for a nonprescription pill that contains alpha-galactosidase, an enzyme that breaks down the indigestible sugars before they can reach the colon. An Italian study published in 2006 found that a very high dose (the equivalent of eight regular Beano pills) reduced flatulence, but a more normal dose (two Beano pills) didn’t reach statistical significance. Still, Beano is worth a try.

Foods sweetened with high-fructose corn syrup can cause bloating and flatulence in some people because their small intestines can’t absorb large amounts of fructose. Sorbitol and the other sugar alcohols (maltitol, xylitol) can also be gas producers.

Charcoal pills (CharcoCaps, other brands) are supposed to absorb the smelly sulfurous gases in the colon before they’re emitted as flatus, but study results have been inconsistent. Simethicone, the active ingredient in antigas products like Gas-X, works by dissolving gas bubbles. It’s been a mainstay gas medicine for years, but experts rate the benefit as questionable.

They’re the opposite of the whoopee cushion: seat cushions with charcoal filters that are supposed to absorb flatus. Dr. Michael Levitt, a Minneapolis researcher famous for his flatulence research, reported results comparing the cushions with other products made with odor-eating materials. Underwear made with an activated carbon fiber absorbed nearly all the sulfur-containing gases; pads worn inside underwear, 55% to 77% of it; and the cushions, only 20%. The underwear is expensive, though: The brand that Levitt used in his experiment costs $65.

The bacteria in the intestines operate as a little ecosystem. Too few or too much of a particular species can produce excessive flatulence. Taking probiotics, which restock the gut with bacteria, can help. Sometimes the problem is too much bacteria. Rifaximin (Xifaxan), an antibiotic used primarily to treat traveler’s diarrhea, is also sometimes prescribed for gut problems, including excessive flatulence. However, it’s not approved for that purpose, so it may not be covered by insurance.

12. Walking away from the problem.

A Spanish study published in 2006 showed that study subjects retained less gas in their gut if they gently exercised (pedaling while on their backs so they would be as close as possible to a resting position). Of course, this means more flatulence not less. But if you’re outdoors or in an open area, no one may notice — and you’ll feel a whole lot more comfortable.
We’ve pasted the information as it was posted on the Harvard Health Publications therefore, we are not responsible for any misinformation and any repercussions associated with these tips. You can try them at your own risk and for further reading and more information you can visit www.health.harvard.edu/SG.
***This research article is not by any means our personal asset and we have no right to edit or change it so, whatever we are posting here in the research blog is for information sharing purpose only. ***

This div height required for enabling the sticky sidebar