As time goes on, there has been a cultural shift from using conventional medicines to natural ones, i.e. herbs. Although pharmaceutical companies look down upon it, they are still widely used and recommended by doctors but rightfully disregarded when taking medications.

While maintained as an effective means for medicines and a suppressor of illness, it is still not considered a viable substitute for modern-day medication. But this is a growing trend, especially among seniors. 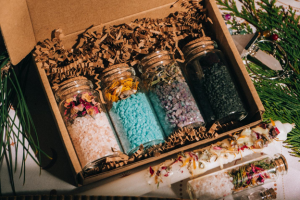 Among the ginger family, this herb originated from Southern Asia, and it is still used as medicine in many eastern countries. Although asked to take in moderation, this root is a great supplement for the elderly and is considered a natural blood thinner and anti-inflammation. You can use it for flavouring your food, and it has a wide range of health benefits such as improving the heart, immune system, arthritis pain, digestion, heart burns, etc.

Like turmeric, ginger is a natural inflammation and antioxidant. This flowering plant was first recorded in use in Southeast Asia. It has many benefits, such as curing and regulating many diseases the elderly face. Some examples are lung diseases, diabetes, high blood pressure, healthy bones, relieving nausea, reducing joint pain, cardiovascular diseases, upset stomach, and much more.

This desert plant has been used since the time of the pharaohs. It was once referred to as ‘the plant of immortality.’ Known as aloe barbadensis miller by today’s scientists, aloe vera is a natural antibacterial that helps slow the ageing process, heal intestinal problems, hydrate and boost the skin’s elasticity, reduce constipation, and much more. It is still prevalent in many counties but started in Eastern districts such as Africa, India, Egypt, China, and Japan.

Belonging to the onion family, garlic’s medical benefits records can date as far back as eight thousand years ago. It was medically used in early China for digestion issues, respiratory aid, diarrhoea, and much more. In modern-day, this plant boosts the immune system, reduces cholesterol, maintains weight loss, relieves inflammation, provides nutrients, etc.

Native to China, ginkgo Biloba is one of the oldest species alive, dating back 200 million years. While having many medical benefits for our physical health, this herb also helps patients with psychiatric disorders. Known as the brain herb, studies recognize its benefits in improving cognitive functions in Alzheimer’s patients, making walking easier, increasing levels of dopamine, and memory for dementia patients, reducing anxiety and stress and restoring neurotic function in elderly patients.

Originally from the Mediterranean, this flowering plant is known for its aroma and beauty. Despite the lack of smell receptors in seniors, the flower’s smell molecules can still enter the limbic system and positively affect the brain. Studies have shown that the fragrance helps soothe patients, increases gait performance, and reduces agitation, insomnia, and nervousness. Though the study is ongoing, the results are promising and can promote easier lives for our family’s elder members.

Scientifically known as Uncaria tomentose, a cat’s claw is a woody wine found in many South and Central American countries, such as the Amazon rainforest, Ecuador, Costa Rica, and Panama. The chemicals in the plant can help in memory loss, anxiety, cognitive decline, fatigue, relaxing the muscles, and reducing brain inflammation. Despite its benefits, involve your doctor in administering the dosage in correlation to your health, age, and weight.

Herbs are a reliable source of medicine. They are easy to find, grow, and obtain and have been used for thousands of years. But despite its many benefits for mental and physical health, it is not a substitute and should not be taken without consulting your doctor. If your symptoms are too severe to leave the house, you can consult with online therapists UK to help guide you. Hope this article was able to provide you with information regarding the herbal therapies you can try.