Sesame Oil is also referred to as gingili oil is a trove of immense culinary and further benefits of therapeutic significance. It is usually used in southeastern Asian countries and is well famous for its characteristic taste and flavor. Sesame Oil created by sesame seeds has a very sweet aromatic smell, unusual to natural oils. After the oils are applied in preparing food, it creates extremely delectable and sharp smell. When included within reason in cooking, Sesame Oil will provide an almond like taste. Many people will notice a peanut taste with dishes that use sesame oil.

Sesame Oil has fairly a long history. In ancient times, people extracted it only by extrusion. Progressively, they found this method inefficient. So they added water into it. Such a new way is much more effective, and it is still generally applied today. According to the procedure of manufacturing, sesame oil is divided into the grinding type and the machine-made type. Although both types have gone through different processing procedures, they are identically economical and helpful. They are suitable for all people and make people have a fine appetite.

People like it not only because of its fragrance, but as well due to its great medical functions. First of all, Sesame Oil is a perfect source of vitamin E, which promotes the segmentation of cells and slows down the process of aging. Secondly, Sesame Oil is a defender of blood vessels. This oil contains about 40% of unsaturated fatty acids such as the linoleic acid and the palmitic acid. These acids are easy to be absorbed and utilized. They accelerate the metabolism of cholesterol and help clean the aggradations on the blood vessels. They are also useful in cruor. Thirdly, it can lessen the damages caused by drinking and smoking.

Sesame Oil is good for your health, but people must choose it carefully. The most importance criterion is its color. Pure oil is red or orange. When it is yellow, there exists some other oil like the colza oil. And the fragrance is also crucial. It must be strong and peculiar. It should smell as peanuts or beans. Besides, we can use the water to test it. When the Sesame Oil does not spread over the water and looks like drips, it is then fine enough.

Benefits of Sesame Oil include are:

Usage of Sesame Oil include are:

People who are allergic to nuts such peanuts, walnuts, etc. Must avoid sesame seeds and oil consumption. Always check the food labels to confirm if sesame seeds are present in food items. While there are countless benefits rendered by sesame seeds, in the form of seeds as well as oil, Sesame Oil is forever advisable to check with your medical doctor if you are using these for the first time.

There are no reviews yet.

Be the first to review “Sesame Oil” Cancel reply

Disclaimer: Information, statements and products on this website have not been evaluated by the FDA and are not intended to diagnose, mitigate, treat, cure, or prevent any disease or health condition. This is to inform you through this disclaimer that the information we have provided in this website has solely been intended to make you aware of the products. We hereby announce that no information provided in this website can be substituted with medical advice or physician consultation. Don’t solely rely on these herbal products for the “cure” of an ailment you are suffering from. The content written on this website is a sole asset of the Natural Herbs Clinic and no one is permissible to use it in any way without the admin permission. Company is not at all responsible if the data and content written on this website is copied or misused by other entities. This is Natural Herbs Clinic’s official website and we are not responsible for any herbal companies who might use our data and pretend to be us in any way.

Welcome to the world of Natural Herbs Clinic where you can find a range of Herbal Remedies for almost every ailment vacillating from mild or chronic. This is a complete online herbal remedy store where we not just sell herbal alternative medicines for the sake of coining profit but we put our client’s consummation and well-being prior to our business. 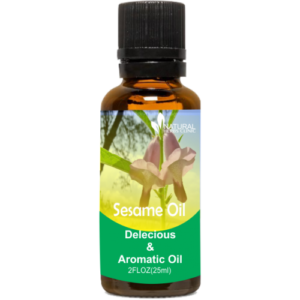 You're viewing: Sesame Oil $12.00
Add to cart
Sign in Create an Account
Lost your password?
Select the fields to be shown. Others will be hidden. Drag and drop to rearrange the order.
Click outside to hide the comparison bar
Compare
Shopping cart close