It is particularly a rare disease of the muscles of the esophagus. The esophagus is basically the swallowing tube in a human’s body. Term Achalasia typically means failure relaxing and hence refers to the incapability of lower esophageal sphincter (muscle ring situated between lower esophagus and stomach) to open plus let the food get a pass into your stomach. Consequently, the sufferer faces difficulty while swallowing the food. Luckily, ACHALASIA, a product name offered by Natural herbs clinic is the best possible Achalasia Natural Treatment by Natural herbs clinic. The product is prepared with natural ingredients, hence no point of post side effects.

The exact cause is yet unknown. However, the theories on its possible causation invoke infections, also heredity or due to abnormality of the immune system which causes your body to damage esophagus itself. (The autoimmune system)
The esophagus contains both nerves and muscles both. The nerves tend to coordinate the opening and relaxation of sphincters and also the peristaltic waves in the esophagus’s body. Achalasia actually has an effect on nerves and muscles both of the esophagus, though the effects on nerves are considered most important. At the early stage of achalasia, inflammation may be seen while examined under a microscope in the lower esophagus’s muscle, particularly around the nerves. While this disease progresses, nerves begin degenerating and hence disappear ultimately, especially the nerves which cause the lower esophageal sphincter to relax. Later as the disease progresses, the muscle cells tend to degenerate, due to the nerve’s damage possibly. The result of such changes in the lower sphincter which cannot relax plus muscle in the lower body of the esophageal which cannot actually support the peristaltic waves. As time passes, the body of the esophagus widens plus becomes dilated. (Enlarged)

Difficulty swallowing is the common Symptom of Achalasia. Besides the sufferers typically complain about food sticking after they swallowed in their chest. Sometimes, sufferers will complain of a heavy feeling in the chest right after their meal that actually forces the patient to stop eating. Sometimes, the pain can be extremely severe-plus mimic heart pain known as angina. Regurgitation of the food which is trapped in the esophagus may occur particularly when the esophagus is dilated. If regurgitation tends to happen while the patient is sleeping, the food can hence enter his throat causes choking and coughing. In case food enters the lung and windpipe, such can lead to serious infection. Numerous patients also tend to lose their weight due to their food swallowing problem acceding to the experts of natural herbs clinic.

Once achalasia symptoms are precisely analyzed, a GERD expert can effectively treat the fundamental cause. Achalasia Natural Treatment can incorporate eating regimen and way of life changes, pneumatic enlargement, solutions, and surgery. A legitimate finding is a basic stride in deciding the most magnificent treatment for your symptoms. Recovery for esophageal tumors differs contingent upon a few elements with stage, review, and sort of cancer alongside the age and overall health of the patient. 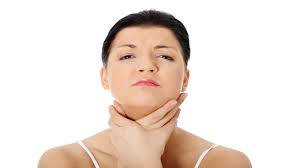 X-ray studies, esophageal manometry, and endoscopy are some ways to diagnose this disease.

The disease tends to develop in adults, where a Canadian study actually reported the mean age at its diagnosis of 53.1 years. However annual incidence observed of this disease is 1.63/100,00 according to the same study.

The simple method to oversee sore throats is to pop mitigating pills with water. However, Natural Treatment for Achalasia can now and then support the much or altogether more and they’re generally poor and reachable. You can search for straightforward methods to battle that appalling sore throat and get back on track.  Natural Herbs Clinic suggests Achalasia Natural Treatment for better recovery of Achalasia.

Oral medications, dilation, esophagostomy, and botulinum toxin are a few treatments for Achalasia. Medications may provide temporary relief, whereas the surgeries are too costly and painful. Besides the surgeries too, do not guarantee hundred percent cures. The best Herbal Treatment for Achalasia advised by Natural Herbs Clinic is Herbal Products for Achalasia, it is effective and successful enough to worth trying.

Utilize Natural Remedies for Achalasia to Decrease the Symptoms

Natural Remedies for Achalasia: Now Easily Get Rid of Achalasia