Hello! Hello! We’ve got some tips to kill those Eye Bags!!

A story of 4 year old twin suffering from Granuloma Annulare!

Emphysema Cure with A Vitamin!!

You know we are always on the go for you so that we can find a latest research or a new finding to manage various disorders so while researching on Emphysema we found this very interesting article on daily mail website.
Here’s the article pasted as was written on the original source. 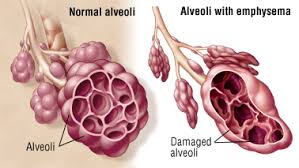 “A vitamin found in eggs and milk could hold the key to curing the potentially fatal lung disease emphysema, new research has revealed.
British scientists have found that retinoic acid, a derivative of vitamin A, can reverse damage caused to the lungs by the previously incurable disease.
Tests on mice have found that damaged lungs have been repaired to normal by the compound, which is already used to treat chronic acne.
Trials are now being carried out to see if it could have similar success if used on humans.
Emphysema is one of the most common respiratory diseases in Britain and causes progressive damage to the lungs, which can eventually kill. There is currently no cure.
Early symptoms include breathlessness but sufferers can be left gasping for breath and reliant on oxygen.
It usually affects older people and is generally the result of long-term damage to the lungs caused by smoking or exposure to other harmful substances.
Professor Malcolm Maden, of the Medical Research Centre for Developmental Neurobiology at King’s College, London, said his team’s research held out “great hope” for the development of a treatment for emphysema in humans.
He said the retinoic acid compound worked on tissue cells in the lungs, causing them to regenerate.
Emphysema begins with the destruction of tiny air sacs (alveoli), which creates permanent “holes” in the walls of the lungs.
As the air sacs are destroyed the lungs are able to transfer less and less oxygen to the bloodstream.
Prof Maden said that during the tests on mice his compound made the alveoli grow back again until they returned to normal levels.
He said: “We saw quite dramatic results. It is potentially hopeful for emphysema sufferers, and for premature babies who often suffer from loss of alveoli because of treatments given to stimulate lung growth.”
Clinical trials have begun in America to see if the treatment could be used on humans.
A spokeswoman from the British Lung Foundation gave the research a cautious welcome.
She said: “The BLF welcomes any interesting developments in research which may offer new options to patients with COPD (an umbrella term for chronic bronchitis and emphysema), a severely debilitating condition.
“However, the BLF would like to examine this research to understand fully whether this might be a viable option in the future.
“Currently, COPD is the fifth biggest killer worldwide and is the only major cause of death increasing in the UK.”
The research was based on a chemical compound of retinoic acid taken from Vitamin A, and not from a dietary intake of the substance.”
You can read more by following the link below:
https://www.dailymail.co.uk/health/article-204532/Vitamin-cure-emphysema.html#ixzz3Cic2RHwT